With regard to my article in Gendai Business on November 24 (http://gendai.ismedia.jp/articles/-/41199), Mr. Nobuo Ikeda slandered me by saying that the graphs are groundless (http://ikedanobuo.livedoor.biz/archives/51920669.html).
While the comments are already deleted at the present, so far there is no apology to me. What an impoliteness.

Let’s confirm the numbers which are simply calculated from the official statistics provided by the Cabinet Office (http://www.esri.cao.go.jp/jp/sna/data/data_list/sokuhou/files/2014/qe143/gdemenuja.html) by using the Excel. 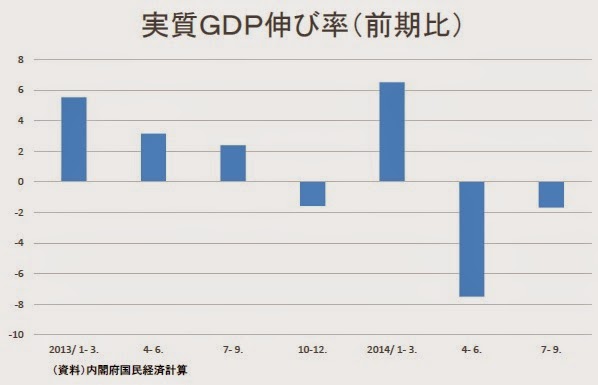 While the mass media looks at these figures alone, in order to understand the trend correctly, the attention should be paid to their ratio from the same quarter in the previous year. The corresponding numbers would be respectively +2.5%, +2.3%, +2.9%, -0.2% and -1.2%. 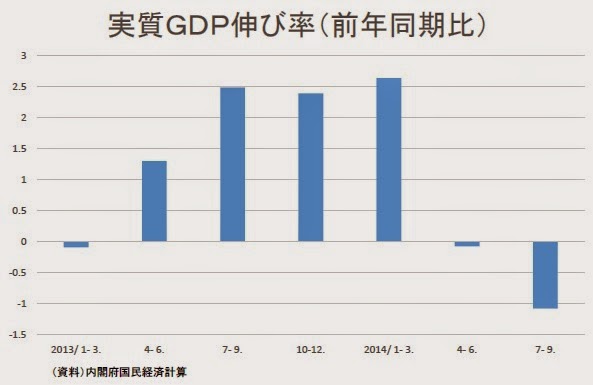 A simple glance at the graph reminds us of the fact that while the economy had continued to grow by more or less 2% before this April, the economy turned to negative growth since this April when the consumption tax rate was hiked to 8%.

Perhaps the growth rate alone doesn’t provide enough evidence, so it would be helpful to refer to the real amount of GDP (adjusted, calculated onto annual base) to understand the economic trend. It also enables to calculate the hypothetical economic growth based on an assumption that there was no tax-hike and that the economy continued the 2% of growth. 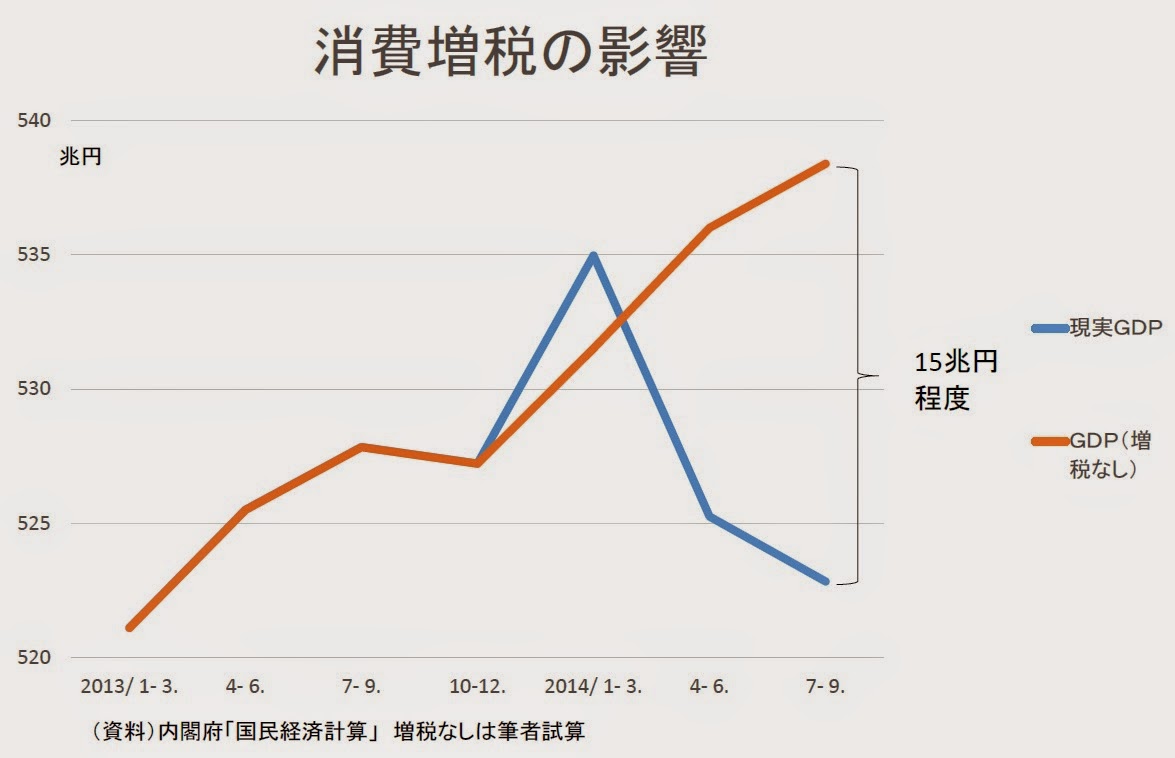 (trial calculation by the author, graph drafted by PPPC)

It suggests that we lost 15 trillion yen of GDP due to the tax-hike. Probably the tax revenue lost by the central and local governments would amount to some 3 trillion yen in total. It means a worst scenario that the tax was raised, the economy deteriorated and the revenue was lost.

I had made the right economic prediction, so it is just ridiculous that critiques in favor of a tax-hike, such as Mr. Ikeda, slander me while setting aside the fact that they failed to foresee the negative economic effects of the tax-hike and the current economic recession.